An awesome surf trip can be unforgettable, and not always just because you scored perfect waves. It is exploring foreign lands with friends, experiencing a different culture, tasting local cuisine and the journey itself that can be just as fun. Europe may not be the most renown designation for surfers looking for epic waves, Indonesia, Mexico and Hawaii have one up on the culture continent there. What Europe has is something to go along with the waves, and the ability to travel between countries in hours, not days. Surfing Europe will give you the chance to experience the distinct cultures of France, Spain, and Portugal while riding sick waves too! 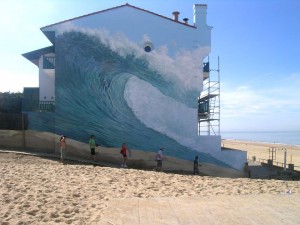 First up we have the land of baguettes, fine wines and nudist beaches. If that is not enough there is also a thumping beach break which hosts the annual ASP Quicksilver Pro. On the south west coast of France lies Hossegor, a small beachside town that transforms when the surfing circus arrives in the autumn. To beat the crowds here October is an awesome month to visit, the water is still relatively warm, the swell arrives after the summer flat spell and the crowds dwindle. Finding an empty peak isn’t so hard if you don’t mind walking a little, and if heavy barreling beach breaks are your thing this place is a dream. Les Graviere and Les Estangonets serve up the thickest lips and roundest barrels, but for a Sunset-like reef break there is a nearby alternative spot at Guéthary, just 40km down the road. This reeling right hander is a perfect stop off on your way down to Spain. If it is pumping stay a while at the Guéthary Surf Lodge and make the most of it, because it needs a rare big swell to get good! 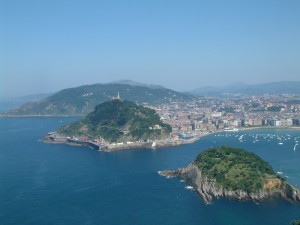 First stop after you cross the border into Spain has to be San Sebastien, which is arguably the coolest surf city in Europe. The waves are not quite as good as what is served over at Hossegor, but the cultural offering here are unsurpassed. Enjoy cinema, music, art, and delicious tapas to name just a few things, there is so much to keep yourself busy with besides surfing. Playa de la Zurriola serves up a punchy lefts and rights waves with long rides when conditions are good, but don’t expect to get good waves to yourself here. 20km east is another beach town called Zarautz, which suffers less from crowds but has equally good waves, along with a great surf camp open from June until the end of September which offers up unlimited sangria and beer for just 5 euros a day! 80km further along the coast you have glorious Mundaka, a world class river mouth left that is a must for any traveling surfer, but is also incredibly crowded when it is on so you will have to wait your turn. 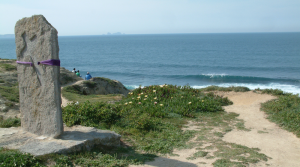 The long drive south to Portugal is more than worth it if you can drag yourself away from Hossegor and San Sebastien. The town to head to is Peniche, which could not be more different from their French and Spanish counterparts. This fishing town has not received as much attention from surfers and tourism as their neighbors, so it has managed to retain its rustic charm. The redeeming factor of this town is a peninsula with breaks encircling it, so no matter what the swell or wind direction, chances are one of the spots will be holding a sweet wave. Supertubos, nicknamed the European pipeline, is the focus of attention here. This heaving beach break barreling wave is one heavy beast, don’t get in unless you’re prepared to get slammed. Look far down the coast to your left and you might see Consolação breaking. Rights and lefts break off the rocky headland here, and this spot can handle big swells. When a southerly wind begins to chop up Supertubos and Consolação, try Baia to the north. This sheltered beach break throws up long user friendly walls that can have some nice rippable sections on a good day, and the southerly wind is offshore here! There are plenty more breaks all within a few kilometers of one another, and the Baleal Surf Camp is a great place to stay if you want to find out about them all from the locals.