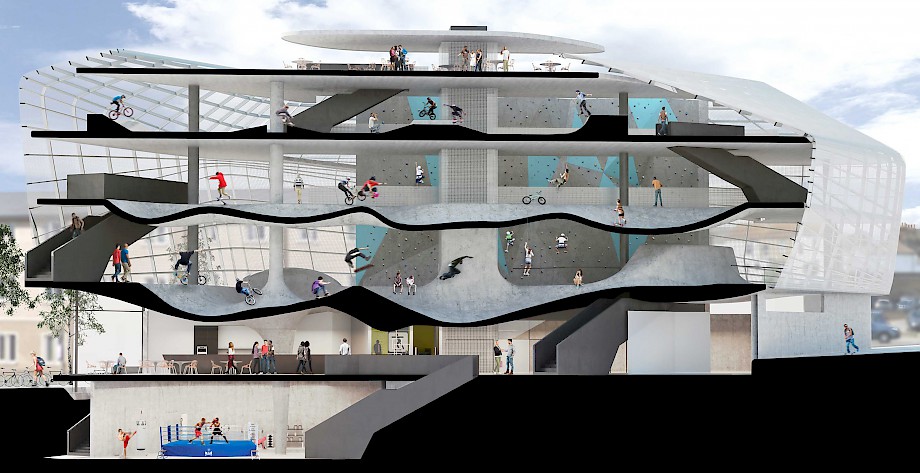 The stuff of dreams is set to become true. A multi-story skatepark is in the pipeline, the first of its kind in the world. Multi-story carparks have long been a haunt of skateboarders, slaloming down through the ramps, grinding the rails and popping kick flips over barriers. These behemoth car storage facilities have lent themselves amazingly well to skateboarding, so taking the multi-story aspect and constructing a skatepark around it is an awesome idea. Up until now nobody had attempted it, but now the world’s first multi-story skatepark is on its way.

The Brainchild of Guy Holloway

An architect from Great Britain called Guy Holloway is responsible for designing this unbelievable extreme sports complex, which is set to become a mecca for skaters across the world. Holloway explained, “To the best of our knowledge this has never been done anywhere else in the world. It’s really the first of its type.”

The design was commissioned by billionaire philanthropist Sir Roger De Hann, who has a passion for regenerating his home town of Folkestone, Kent. This seaside town on the English Channel seems an unlikely home for what might become one of the most innovative skateparks on the planet. However, without De Hann’s generous help it is unlikely this skatepark would become a reality. 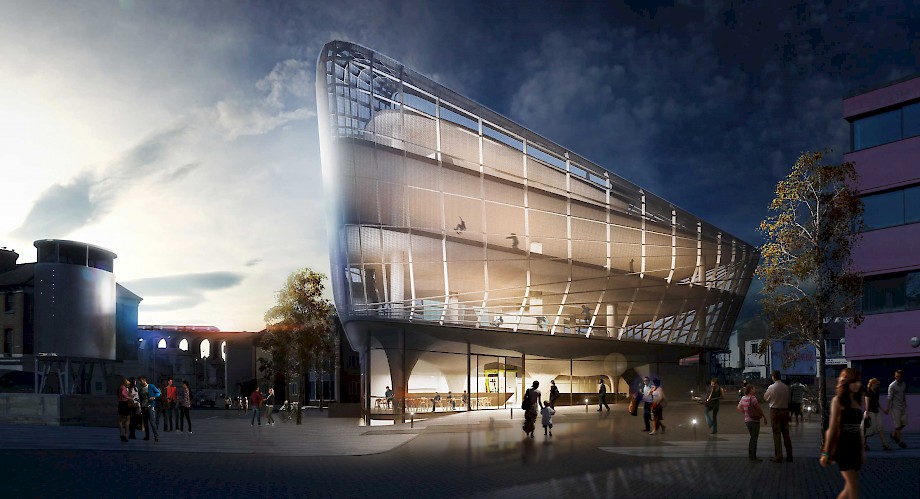 This adrenaline complex will invite skateboarders and BMX riders in to test their skills on some of the most gentle and advanced concrete terrain ever devised. There will be ledges and ramps all moulding into one, and seamless access through all the floors of the skatepark so the possibilities for different lines will be endless. Holloway worked with skaters and other designers to try and take the best elements from skateparks across the world and bring them together all in one place.

The centerpiece of the multi-story skatepark has to be the giant bowl that will have a huge five-meter drop, allowing skaters to roll into the level underneath. Holloway sheds some more light on how it will look when built, saying, “As you come in you’ll see the belly of the bowl above you and hear the wheels of the skates above your head as well. The design of the park will create the ceiling below.” 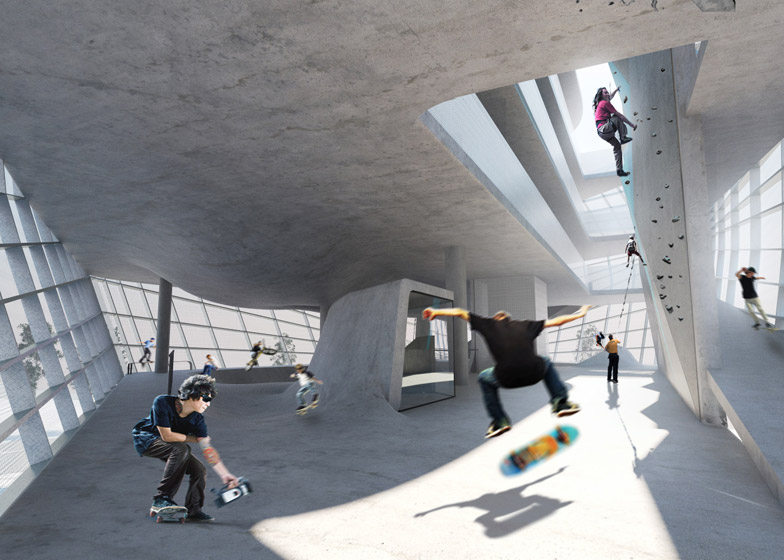 When You Can Ride It

It’s still quite a long way off before this crazy skatepark actually becomes a reality, but it all seems set to happen. It’s currently in the planning permission stage, but with the backing of Folkestone local De Hann an his billions stashed away any obstacles should be easily overcome. If all goes to plan the extreme sports centre will be open by 2017, in just two years. We’ll keep you up to date with all the developments right here at DriftingThru.com. Let us know what you think of this skatepark of the future in the comments below! 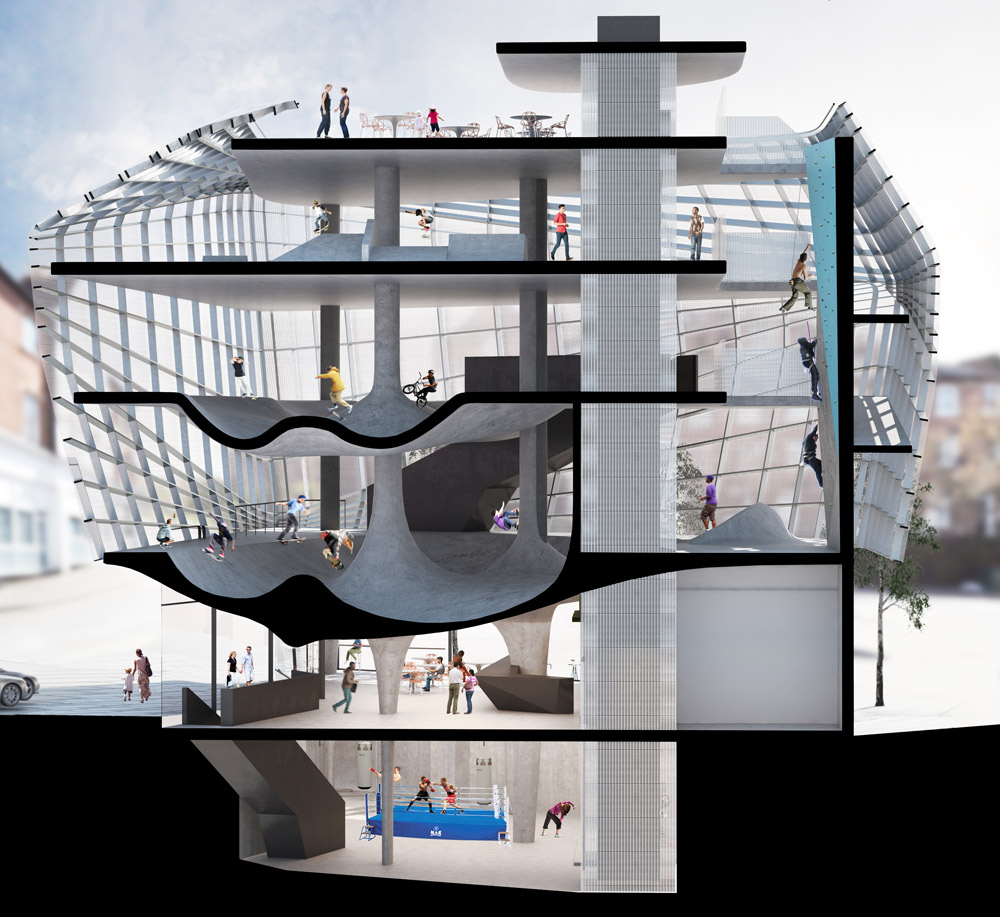