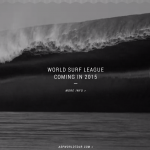 The news is out and no doubt you’ve heard, from next year the Association of Surfing Professionals will cease to exist. In its place we will have the World Surf League, or WSL, so what is going to change? Very little essentially, same awesome surfers, same epic breaks, just a different name and logo, but the rebadging must mean something. As the old saying goes, if it ain’t … END_OF_DOCUMENT_TOKEN_TO_BE_REPLACED 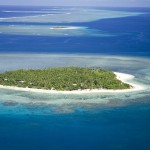 The ASP Fiji Pro is all wrapped up, marking the end of the fifth leg of the ASP World Championship Tour. For the women, they were given a chance to take on the heavy barrels of Cloudbreak, something denied to them in previous years. As for the men, it was nothing new, but this month’s competition did result in another shuffle in the rankings. With the world’s best surfers … END_OF_DOCUMENT_TOKEN_TO_BE_REPLACED 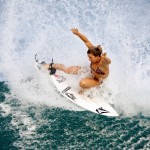 If you’re a guy and somebody tells you that you surf like a girl you well may take offence, but perhaps you shouldn’t. There are plenty of girls out there that surf much better than guys, and every year more and more women are getting into surfing. Women surfers are totally up there with the men, and slowly but surely the professional associations are taking notice. No longer … END_OF_DOCUMENT_TOKEN_TO_BE_REPLACED