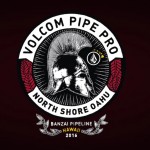 The Championship Tour may not have started yet, but Kelly Slater has been busy tunnelling to victory at the 2016 Volcom Pipe Pro. His win will give some fuel to the fire of debate about Kelly’s future in competitive surfing and the likelihood of him making his world title count 12. With the 2016 WSL Championship Tour starting next month at Snapper Rocks, it’s time to make your … END_OF_DOCUMENT_TOKEN_TO_BE_REPLACED