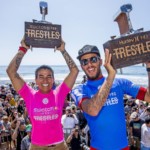 Filipe Toledo and Silvana Lima claimed victory at the Hurley Pro and Swatch Pro at Trestles in three-to-four foot waves at the famed cobblestone break of Lower Trestles. Lima’s win over CT Sophomore Keely Andrew in the Final came after a thrilling week of competition at Stop No. 7 of the World Surf League Championship Tour, while Stop No. 8 saw Toledo defeat defending event … END_OF_DOCUMENT_TOKEN_TO_BE_REPLACED 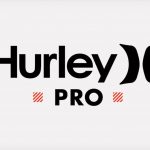 The 8th stop of the WSL Championship Tour, the 2016 Hurley Pro at Trestles, and a whole lot of upsets as the title race heats up. Speculation was high at the start of the contest. Would Slater bring a home win after his success in Tahiti to power up the rankings? Would John John consolidate his lead and tighten his grip on the yellow jersey? Nobody could be sure that one of the … END_OF_DOCUMENT_TOKEN_TO_BE_REPLACED