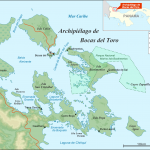 Panama doesn’t get a hell of a lot of press from the surf media despite having awesome waves, but perhaps that’s a good thing… because you can still score pumping uncrowded waves here. Up in the north of this Central American country, close to the border with Costa Rica, is an archipelago of islands called Bocas del Toro, translated into English this means ‘Mouth of the Bull’. … END_OF_DOCUMENT_TOKEN_TO_BE_REPLACED 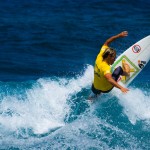 Christmas time brings with it good cheer and holiday time, and for surfers it’s a great time to escape winter for warmer climes. While the surfing world has its eyes firmly set on Hawaii and, in particular, the North Shore, off the other side of the Unites States coastline lies another small tropical island that hoovers up the swell during the winter months. Puerto Rico is no … END_OF_DOCUMENT_TOKEN_TO_BE_REPLACED 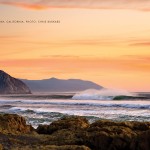 Before I begin to delve into the main topic here I would like to define what a Marine Sanctuary is and what it does for our ocean. A Marine Sanctuary is a designated area (usually on coastlines) that is protected by the National Government. This protection permanently stops any further oil drilling ventures, military sound testing, and preserves natural and cultural recourses. … END_OF_DOCUMENT_TOKEN_TO_BE_REPLACED 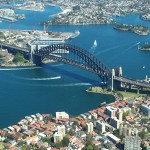 While heading off to some secluded surf spot to score empty waves is always on a surfers mind, enjoying the cultural and entertainment delights of a city and getting waves at the same time is a blast. There aren’t hundreds of great cities where men and women leave their jobs in the office to end up in the surf half an hour later, but Sydney is one of them. Some of the world’s … END_OF_DOCUMENT_TOKEN_TO_BE_REPLACED 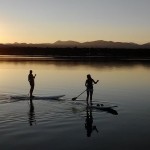 Going away for a SUP weekend trip is a great way to practice your board skills while enjoying some time in the great outdoors. Camping out under the stars and building a fire to gather around after a day paddling out on the water is awesome fun, but be prepared. Take this first step to make sure your SUP weekend trip goes to plan and you don’t end up in trouble. Packing the … END_OF_DOCUMENT_TOKEN_TO_BE_REPLACED